The last two years have seen birders presented with a new generation of "affordable" camera lenses to choose from, with the release of three different 150-600mm zooms from Tamron and Sigma, Canon's updated 100-400mm zoom and Nikon's updates of the 80-400mm and more recently the 300mm f4.

I've seen enough of my friends struggling under the weight and ungainly dimensions of the "big whites" to know that I never wanted to own one, but I do want to ensure that I can have the best performing lens that meets my personal needs.  As such I spent much of these last two years in a form of existential crisis: trying to decided whether or not to update my existing lens (a Nikon 300mm f4 bought in 2007), following the reviews and published on-line images and becoming somewhat frustrated buy the long lag times between announcements and appearance in the marketplace of some lenses.  The big question for me was whether to dump Nikon and move to Canon with the new 100-400 lens which seemed to have glowing reviews, but would have cost a whole lot of USD/GBP/Thai baht as I would have to get a new body as well as a new lens.

For me size and weight was as much of a consideration as price because I'm very much in the camp of "birder who takes photos" rather than primarily being a "Bird Photographer", and I kept thinking back to my trip to Sumatra a couple of years ago where I was lugging my camera up and down the steep, muddy slopes of Mount Kerichi everyday - if my camera kit had been any bigger and heavier than it was it would have stayed at home!

This meant that Nikon's announcement of the update to my existing lens was very interesting - the "Nikkor 300mm f4E PF ED VR" seemed to have it all - vibration reduction and a new "nano crystal" coating, but more importantly a very significant reduction in size and weight (the weight dropped by almost 50 percent, from 1.44 kg to just 755grams!). These reductions have come along thanks to the use of a Phase Fresnel lens (similar technology to Canon's "diffractive optics") and the use of plastic instead of metal for the body of the lens.

After a couple of months of reviews I came to the conclusion that Nikon's offering was the way forward for me (particularly as the results with the 1.7x and 2x teleconverters suggest that image quality can be pretty solid), and so it was that just before taking a family holiday to the US in late June I traded in my old 300mm for the new PF version. In Bangkok the price was much lower than quoted in either the US or UK (I paid TBH 59,900 and got a Nikon Worldwide warranty) and the lens was readily available from my favoured supplier.

I used the lens whilst on holiday in Colorado, and below I share my thoughts and some images taken so far:

In the hand
Physically the lens really is a revelation!  When I hold my D7100 up to take a photo with this lens attached it is so small and so light that it seems impossible that I'm holding a 300mm prime lens.  Long gone are the days when I might need to consider whether or not I want to carry the camera with me whilst out birding all day because of the weight on my shoulder.  For me, this is the most obvious improvement and advantage of this lens as I spend most of my birding hours walking around stinking hot parkland in the middle of Bangkok where the idea of lugging a big camera is a non-starter!

I'm a bit reticent about the body of the lens being made of plastic rather than metal, but I guess this is one way in which weight has been saved and only the test of time will prove if this was a sensible move on the part of Nikon.  That said, the plastic appears to be high quality.

Autofocus
The autofocus seems to be an improvement on the previous lens.  It is faster, more accurate and quieter. There is notably less hunting, even when the subject bird is distant and only covered by a single focus point. The M/A setting on the lens ensures that you have full time manual override available.

Vibration Reduction
This is the first lens that I have owned which has VR, so it is hard for me to make any useful comment compared with other image-stabilised lenses. However  the VR seems to be very solid (Nikon claims four and a half stops of stabiliastion) and has two modes a "normal" and  "sport", the latter being recommended for birds in flight (and seems to work very well for this purpose).  How useful the VR system proves to be in poorly lit rainforest remains to be seen. There has apparently been a problem with the VR system on some Nikon cameras (such as the D810) but I have not experienced any problem on my D7100, and I understand Nikon have a firmware update that eliminates this problem.

Image quality
This is a prime lens with a nano crystal coating, so it should come as no surprise that it allows pretty tight crops whilst maintaining image quality. I have  not been able to test side-by-side with my old lens but my feeling is that I have more ability to crop as a result of better resolution.  I have not attempted any micro-adjustment of the lens, which may or may not improve the resolution. The bokeh seems to be nice and creamy - just like its predecessor. 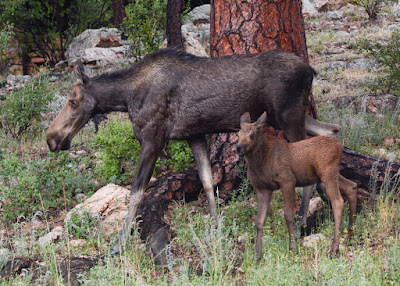 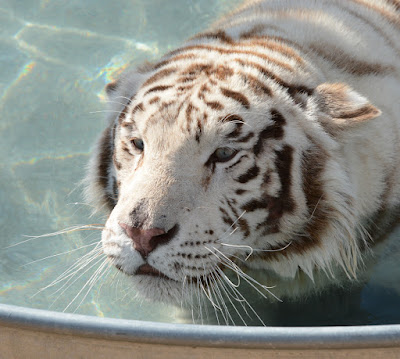 Effects of using a 1.4 teleconverter
I am using this lens with Nikon's Mk II 1.4x TC.  So far the AF seems to be unaffected and the image quality seems to be unaffected.  On the old lens I found that the lens felt a lot heavier when carried on my shoulder, probably because the heavy objective lens was further from my body.  This is definitely not a problem with the new lens because it is so light and short.  In fact I picked the camera and lens up a couple of days ago thinking that it did not have the TC on but only later realised that it was in fact on the camera as well. 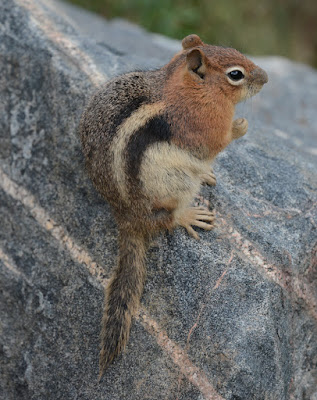 Summary
Overall I can say that so far I am well-pleased with this lens.  Its incredibly small size and light weight make it ideal as a travel lens, or for anybody who doesn't want to lug a massive camera lens around all day.  I guess its closest rival for attention from birders could be said to be Canon's 400mm f5.6 - a lens with a well established pedigree which I was told a few months ago is expected to be updated (presumably with image stabilisation) towards the end of 2015.  I wonder if Canon will do the sensible thing and put diffracted optics in it?

I have not yet tested the 300mm PF on my Nikon V1, but will do so in the next week or so, and I will post my thoughts on how well they work together.